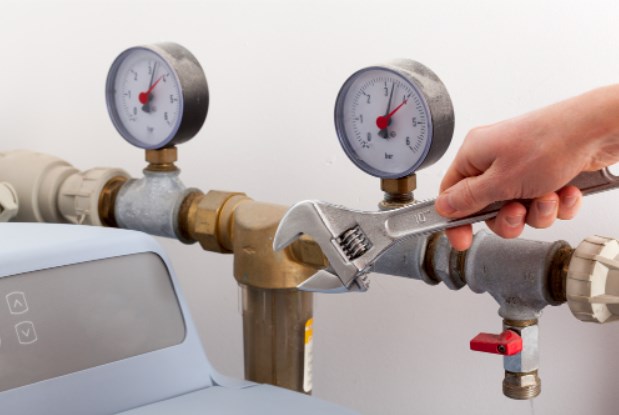 People do not know this but having hard water could actually cause havoc in your home because it would be able to cause some build-ups in your pipes, clog them, and even decrease some of the water pressure that you have. So what are the advantages of getting a water softener in San Antonio? Understand how water softener systems work.

What is Water Softener and How Does it Work?

When you are living in an area that has hard water, you would notice that there is something wrong with certain appliances that you may have like your water heater sounds like popcorn. That is because the scale that is attached to it is also heating up the house as the heat rises, the tank expands.

How Does a Water Softener in San Antonio Work Step by Step?

This step is important because it would loosen, it would expand your resin and it would remove any and every sediment, debris, and precipitated iron that has been left behind from previous times you have used it and it might have gathered in the bed.

The water softener would be bypassed so that the water would be temporarily available at home. Water softeners are usually running at 2 in the morning so that you would be able to use the softened water throughout the day.

The flow of the water would go to the softener in a reversed way so that the water would be pumped into the resin tank and it would fill the bottle up, before flowing through the resin and then out of the drain.

The second step in softening water is the brining. This is where there would be more freshwater that would be pushed through your resin tank, and this water would go down the drain. The flow of the water would then make this siphoning effect that would be sucking the saltwater from your brine tank and going through this tube and filling up the resin tank.

There is going to be brine that would wash over your resin beads, which would then be released to all of the hard ions that are in your tank and replaced with this fresh layer of sodium.

Sodium ions have this weaker positive charge, but because of the amount of sodium that this has, you would have all of these calcium and magnesium.

You would know that the brining is done when all of the brine that is in the tank is drawn out. This would mean that all of the hard minerals are gone and washed away.

After you brine your water, you would slowly rinse out some of your hard water. During the slow rinse, all of the hard minerals that are left in the tank would be removed from the tank.

The last step would be the fast rinse and the refill. The fast rinse is needed because if there is any extra salt that is left in your tank, then it is going out of the drain. Since the rinsing process is fast and is in high flow, this would also help your resin bed go back to how it was in its initial state.

Read Also: Why Use Metal Boxes for Electronics

Your salt tank would also be refilled so that it would be ready for the next brine that you are going to do.

Then the cycle of it continues, where it would go back to the process of backwashing, rinsing, and refilling.

What are the Pros of a Water Softener?

When you have a water softener, then you are generally going to be able to save a lot of money because having soft water would help with any buildups that you may have on your pipes and your appliances.

You would be able to save money on your appliances because it could prevent the hard effects of hard water, plumbing because it would not stick to your pipes, soaps, and detergents because soft water is able to penetrate and dissolve so much better than hard water, and your gas and electric bills since it would generally be able to prevent pipe damage.

3. You would have cleaner hair and softer skin

When you have soft water, it would be able to provide you with cleaner hair since it could help balance out the pH level of your hair. When you compare it to hard water, hard water makes your hair feel so frizzy, dry, and brittle.

As for the effects of soft water on your skin, it would be able to soften it since it could moisturize your skin so much easier than hard water. Hard water removes all of the neutral oils of your skin making it dry, irritated, and itchy.

There are a lot of advantages that you would get when you are using a water softener for your water. Aside from it being healthier, it could save you so much more money in the long run and generally make your house so much cleaner. You would be able to really indulge in your healthy lifestyle.

How To Spot And Address A Damaged Roof

Why You Should Add Blinds to a Room

Why You Shouldn’t Cut Corners When Building a New House

Why Use Metal Boxes for Electronics