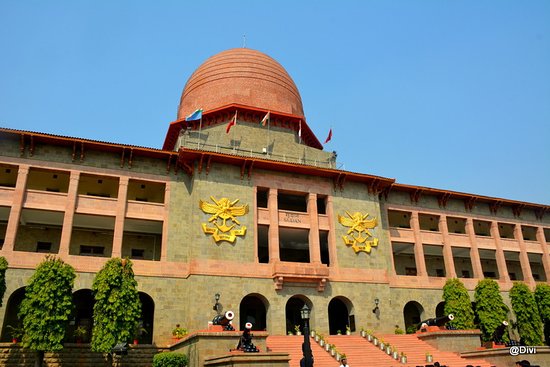 Are you planning to join Indian Defence services as an officer? If yes, then let us discuss some doorways to join the same. Every year millions of aspirants decide to join Indian defence service. They register themselves for various exams to grab their dream job such as NDA, IMA, CDS, AFCAT, etc.

Let us discuss the eligibility criteria and the type of exams conducted to help one join the Indian Defence services as an officer.

It will be easy to choose the exam to make the dreams come true. Aspirants of Indian Defence services must have the knowledge of various exams so that they can apply according to their candidature.

NDA offers an entry to three wings of IAF these are the Indian Army, the Indian Air Force, and the Indian Navy. The eligibility criteria to apply for the NDA exam is that a candidate should be in the age group from 16.5 yrs to 19.5 years on the day of the commencement of the training.

It is an exam that assists the candidates to get a joining as a permanent commissioned officer in the Indian Army. The eligibility is 10+ 2 for the TES exam. The age limit for the exam is from 16.5 to 19.5 years at the time of course commencement.  It is held twice a year through DG Rtg AG’s branch IHQ of MOD(Army).

It is notified in the months of May-June and Oct-Nov every year. The candidate should have passed the 12th standard with a minimum percentage of 70 percent in Physics, Chemistry & Maths(PCM). The successful candidates are imparted training at OTA Gaya.

It is a direct entry for those who have qualified CDSE (Combined Defence Services Exam) which is held by UPSC. The candidate must be a graduate of a reputed University. This exam is conducted twice a year by UPSC in the name of CDSE in the month of May-June and Nov-Dec.

For OTA SSC one has to qualify CDS exam carried out by UPSC. It is conducted twice a year under the supervision of UPSC. The official notification is released in the months of May-June and Nov-Dec. The age limit for OTA SSC is from 19 years to 25 years before starting the training. The candidate ought to be a graduate of a reputed university. The successful candidates will be sent for training at OTA Chennai.

NCC exam is released by the Additional Directorate General Recruiting / AG Branch in the months of June and December every year. It will allow an entry of the successful candidates to the Indian Army and Indian Air Force. The age limit for NCC (SPL) ENTRY MEN is from 19 years to 25 years as of the date of the commencement of training.

The educational qualification for the exam is that candidate should be a graduate with 50 percent in aggregate. A candidate appearing in the final year of graduation is also eligible for the exam.

JAG MEN entry is released through the Additional Directorate General Recruiting / AG Branch It is a special gateway for entry in the Indian Army for law graduates. The age limit for entry in JAG MEN is from 21 years to 27 years. The candidates ought to be law graduate with LLB or LLM with 55 percent marks in aggregate.

AFCAT exam offers a joining in various branches of IAF these are:

It is notified twice a year by IAF in the months of May-June and Aug-Sep.

The age limit for the exam is from 19 years to 23 years. The graduates with a minimum of 60 percent aggregate score from any discipline are eligible for the exam. He should have passed a degree from a recognized university with 60 percent in all the papers.

For Indian Military Academy (IMA) and Officers’ Training Academy (OTA) one should have completed graduation from a recognized university, For Indian Naval Academy (INA), candidates should have an engineering degree from a recognized university/institute and for Air Force Academy (AFA) one should have done graduation (with Physics and Mathematics at Class 12) or Bachelor of Engineering. The age limit for various wings is given in the table below:

Name of the Academy Age Limit (In years)

How Can We Ensure Success in Government Exams?

Factors to Consider While Choosing Caribbean Medical School for Graduation

How Much Does It Cost to Study in Medical School in the Caribbean?

7 Effective Tips to Write a Summary of an Article