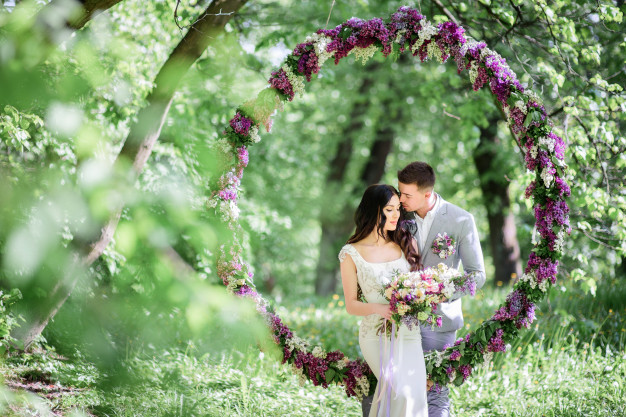 Hindu marriage sites are playing a predominant role in today’s society.  Most people are depending on these sites for their wedlock. Reasons included are a huge database of prospective Hindu brides and grooms, security assured, choosing as per preferences, and many more. To get the ideal companion, one needs to create Matrimonial Description profiles on these websites.

But, there has been a wave of the massive difference in matrimonial descriptions from the early 2000s to now. Nowadays, age and castes are getting lesser importance while education and occupation have taken the first position. Both the Hindu boys for marriage as well as Hindu girls for marriage check whether their chosen matches have a decent educational background and a career.

Changes from a newspaper ad to online matchmaking profile:

Even a couple of decades ago, people used to trust the newspaper ads, and matchmaking pandits or priests to seek good Hindu brides and grooms for their eligible sons or daughters. But now, digitization has taken over and people are going online for finding the right match. Hindus residing all over the world are registering themselves on Hindu matrimony sites.

If we notice the description of the earlier newspaper ads and the current online profiles, we can see a big difference in the mentioning. The points included in the profiles and preferences show that Indians and Hindus are changing for betterment.

There is no place for racism:

Earlier, Hindus were obsessed with ‘fair’ brides and grooms and they mention their wants without any guilt. But, when it comes to online profiles added on the Hindu matrimonial sites in the UK and other countries, we hardly get to see the mention of skin tone. Instead, dislikes, likes, professional expertise, food habits, etc. have been highlighted.

Age has become just a number:

Previously, people used to maintain a certain age gap. The groom was supposed to be older by a few years than the bride. But, things have changed now, same age marriage, brides being older than the grooms, even marriage between couples with a big age gap can be seen. Most of their profiles with flexibility in age are found on modern Hindu marriage bureaus and similar online platforms. Even, more people are getting married at an older age presently. They are focusing more on careers and thinking of marriage in the 30s and 40s. Their matrimonial profiles are revealing the fact.

Online sites are like the medium where a girl and a boy can communicate with each other as long as they want. Hindu matrimonial sites have opened the door with many facilities like live chat, messaging, etc. through which both the partners get to know each other in detail. But earlier, mostly arranged marriages used to occur where the bride and groom hardly get to understand each other. It is one of the growing reasons for divorce in India and among NRIs. Now, the scene has dramatically changed as the modern generation are preferring to talk and spend time with each other to get along.

In the early 2000s, factors like food habits, hobbies, favorite past time, etc. had no place in matrimonial description. But nowadays, to make things fluid, people are mentioning these factors in the description. Many Hindu matrimonial bureaus are providing special space for these added factors so that Hindu girls and boys for marriage can know each other as much as they can. These factors play a big role in deciding on a life partner.

Owing to the growth of online scams, the A-listed Hindu matrimonial site in the UK like Rishta Maker Online never fails to screen the profiles in detail along with background checks of the clients. Hence, one seeking his or her companion from this site can be sure that at least the chosen person and his /her profile are not fake.

One has to remember that Hindu matrimonial sites are not purely dating sites or online friendship clubs. Here, people come for a serious affair that is marriage which is a lifelong matter if everything goes well. Hence, while filling up a matrimonial description, give as many details as possible in short to get the most suitable partner for life.

Why Do Men and Women Need to Wear Adult Diapers?